Until 1988, Block E was home to a variety of colorful Minneapolis establishments and people. And then the city of decided to bulldoze the whole block because it freaked some people out. When a city as small as Minneapolis decides to annihilate a city block, it has a profound effect on that city and the Bland that replaced it is a travesty.

It boggles the mind how people in charge are so short sighted—in fact a city council member who was responsible for the decision showed up at the Block E talk at the Hennepin History Museum and with zero shame told a room of people (who were all there to appreciate the place and shake their heads at what had been lost) what a great thing they’d done. Like, not one indication of awareness on her part that after the thirty years, history has proven what an idiotic decision it was.

While listening to her talk about razing a city block like it was totally normal, I had a lot of thoughts and feelings about how disordered our American thinking is. And I took some notes. 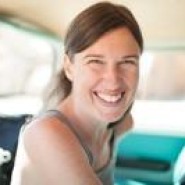 Rebecca Silus is an artist and writer based in Berlin. rebeccasilus.com

Beach Wedding on the Oregon Coast

Taking even more comfort than usual observing the

In the winter, the crows spend nights in the safet

I know it’s not a unique experience right now, b

After 10 years of digital art making, I finally fo

New project started this past weekend as I stayed

The pump for the paddle board broke, so we went hi

His first time on the board!

The long way home brought us past this most Minnes

I built the platform a couple summers ago but @sko

Early riser perks: this place all to ourselves and

Meet Max. He’s been with me since the end of Feb